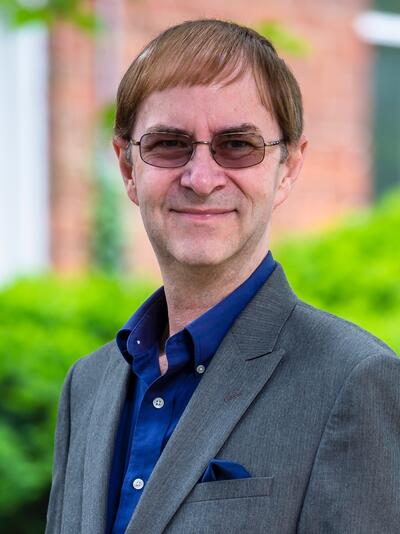 I received my M.F.A. in Broadcasting and Cinema from The University of North Carolina at Greensboro, and my M.A. in Film & Video Production from The University of Iowa. I am a recipient of a Cine Eagle and a regional Emmy, as well as a number of national and international screenwriting awards. I am also a represented screenwriter with feature-length screenplays optioned by production companies in Los Angeles and Germany. My areas of specialization are film and video production, history, theory, and screenwriting, and I teach courses in narrative filmmaking, script writing, video editing, and film analysis. My particular areas of interest at the moment are narrative structure in screenplays, teleplays and novels, and photo-realistic miniatures and paintings used in visual effects.