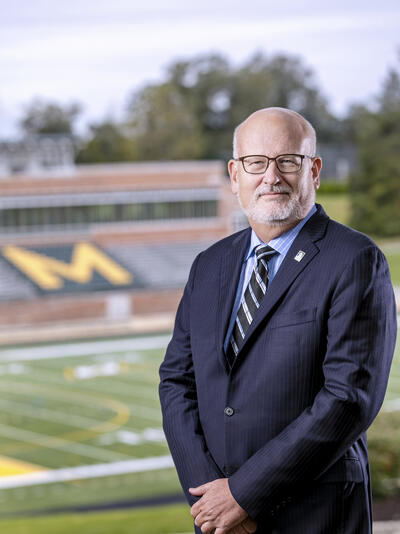 Dr. Roger N. Casey has served as the ninth President of McDaniel College of Westminster, Maryland, and Budapest, Hungary, for over ten years. During his tenure, Dr. Casey has overseen $30M+ in construction and major renovations of Gill Stadium, Roj Student Center, McTeer-Zepp Plaza, Gill Physical Education Learning Center, and Hoover Library. These projects were underwritten by over $110M in fundraising, including a $51M initiative in celebration of the College’s 150th anniversary, the largest capital gift ($5M for Roj) and the largest scholarship bequest in the College’s history (~$6M for the Dorsey Scholars). The last two classes have been the largest and most racially diverse in the history of the College, which now enrolls over 1,800 undergraduates. U.S. News currently ranks McDaniel the #1 Best Value College in the North.

Roger’s initiatives include creating the Center for Experience and Opportunity (CEO), a single office comprehensively supporting the experiential-learning components of the new McDaniel Commitment; Global Fellows, a program allowing students to internationalize any major; and Educator’s, Military, and Alumni Legacies, $100K scholarships for all children of educators, veterans, or alumni. Over the decade, the College has also launched well over a dozen new academic majors and programs for graduates and undergraduates.

Roger teaches literary and cultural studies, drama, and leadership. He has spoken around the globe to over a hundred organizations and authored the book, Textual Vehicles: The Automobile in American Literature. His cultural analysis has appeared in The New York Times, Washington Post, The Chronicle of Philanthropy and The Chronicle of Higher Education, USA Today, and on CNN, ABC, and CBS. His current scholarship addresses generational issues in organizations. A Kellogg Fellow, Roger has traveled to over 110 countries, studying the role of vision in creating diverse communities.

Dr. Casey is Chair of the National Association of Independent Colleges and Universities (NAICU) and chairs the Centennial Athletic Conference. He is the immediate past-chair of the Maryland Independent College and University Association (MICUA) and sits on the Board of the American Council on Education (ACE). In 2019, he was named an Influential Marylander by The Daily Record.

A Phi Beta Kappan and first-generation college graduate, President Casey holds an M.A. and Ph.D. in English from Florida State University and a B.A. from Furman University in his native South Carolina. He previously served as Provost & Vice President for Academic Affairs at Rollins College in Florida and as Associate Dean and professor at Birmingham-Southern College in Alabama. He also co-founded the Associated Colleges of the South’s Teaching and Learning Workshop, earned Distinguished Teaching awards from Birmingham-Southern and Florida State, and was nominated for the Carnegie National Professor of the Year. He is married to Robyn Allers (former director of the Cornell Fine Arts Museum).