Our alumni are pretty outstanding. And once a year, we have an opportunity to recognize outstanding alumni at our Alumni Association Awards Banquet. The McDaniel College Alumni Association awards program honors individuals who personify the College’s tradition of excellence. In their careers, communities and at the College, these alumni exemplify what it truly means to be a Green Terror.

On Oct. 17, 2020, nine alumni were honored virtually as part of the 2020 Homecoming at Home celebrations. 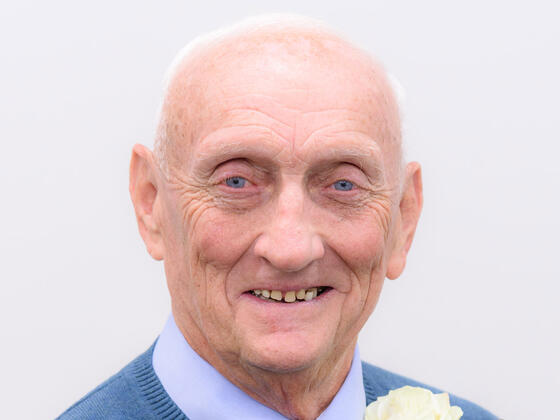 Alexander G. Ober graduated with his bachelor’s degree in 1963 and went on to earn a master’s degree in Education in 1969. In addition to his degrees from the college, he holds a Ph.D. from University of Maryland.

Ober is a former head coach of the Green Terror lacrosse and tennis teams, and is the college’s winningest men’s basketball coach. He also coached football. He was inducted into the college’s Sports Hall of Fame in 2010, and received the Alumni College Service Award in 2018.

Additionally, Ober has served as president of the McDaniel College Alumni Council, as a member of the McDaniel College Alumni Association on reunion committees, and as part of the Alumni Association presidential task force. Ober was also co-chair with Jennifer McKenzie ’01, associate professor of Kinesiology, on a fundraising effort to name new spaces in the Kinesiology department. 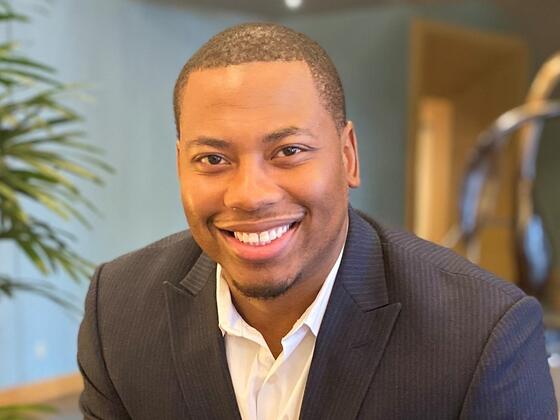 Aaron Slaughter graduated with a bachelor’s degree in Accounting Economics in 2010.

At McDaniel, Slaughter was a three-time captain of the Green Terror football team, a student visitor to the McDaniel Board of Trustees, and a member of the student-athlete advisory committee.

As both a student and alumnus, he has been active with the college’s Economics and Business Administration department. He has assisted with the Volunteer Income Tax Assistance program, preparing free income tax returns for low-to-moderate income taxpayers. He also participates in the department’s annual Interviewing Day, which provides students in the department the opportunity to interview with accounting firms, investment companies, and others for internships or jobs. Since graduating from McDaniel, he also continues to give back by serving as a chair visitor on the college’s Board of Trustees since 2016, a mentor at Capital Partners for Education (CPE) in Washington, D.C., and a mentor to the McDaniel College football team. 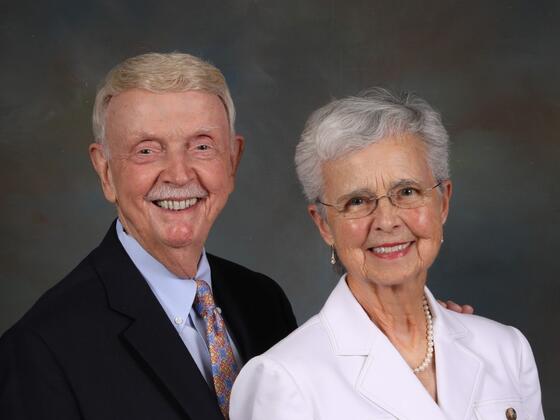 In 1972, C. Downey Price established his medical practice named Conroe Eye Associates in Conroe, Texas, that later expanded in 1986 with a new name – the Conroe Eye Center. This practice eventually merged into the Houston Eye Associates in 2006, which has more than 54 ophthalmologists in the greater Houston area. A certified ophthalmic assistant, Edna Bent Price managed the two clinics located in Conroe and Woodlands, Texas, until her retirement in 2016.

The Prices developed a nonprofit known as Benevolent Missions International (BMI) in 1974 after their clinical and surgical eye care mission trip to Haiti in the early 1970s. BMI was created to provide clinical and surgical vision assistance to those in need in third-world countries through mission trips by building and equipping eye care facilities. To date, BMI has treated more than 100,000 patients in clinics around the world and has performed more than 25,000 surgeries. 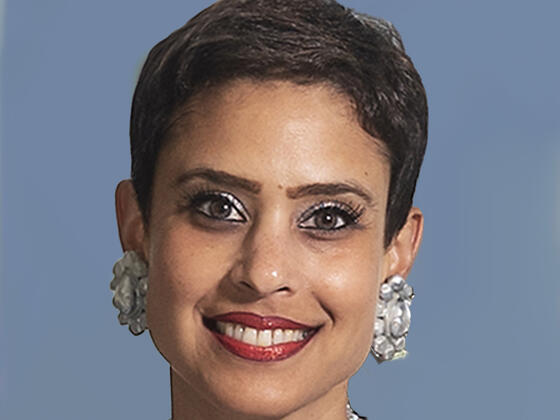 Nupur Parekh Flynn graduated with a bachelor’s degree in International Studies in 1994. In addition to her degree from McDaniel, Flynn earned a master’s degree in European studies with a specialization in policy from l’Institut d’Etudes européennes de l’Université libre de Bruxelles.

Flynn spent 15 years as the managing director of marketing and public relations at Brown Capital Management until 2019 after serving as a marketing executive at the global law firm DLA Piper. She also spent three years as a political appointee at the United States Agency for International Development, where she worked in the Bureau of Legislative and Public Affairs.

Flynn is involved in numerous organizations, serving as a trustee and board secretary for LifeBridge Health, a trustee at the Baltimore Museum of Art, and a trustee at the Open Society Institute – Baltimore. She is also a former trustee of McDaniel College, HopeWell Cancer Support, and the Sinai Hospital of Baltimore.

Flynn and her husband, Guy, are dedicated Baltimore City residents and are committed philanthropists. They are both actively involved with the United Way of Central Maryland and the couple became the 13th members of the United Way of Central Maryland’s Million Dollar Roundtable. In 2020, they were named United Way’s Philanthropists of the Year. Also in 2020, the Flynns were honored with the “Sadie Award” by The Children’s Guild Alliance for their lifelong work on behalf of children in the greater Baltimore and Washington, D.C., regions. 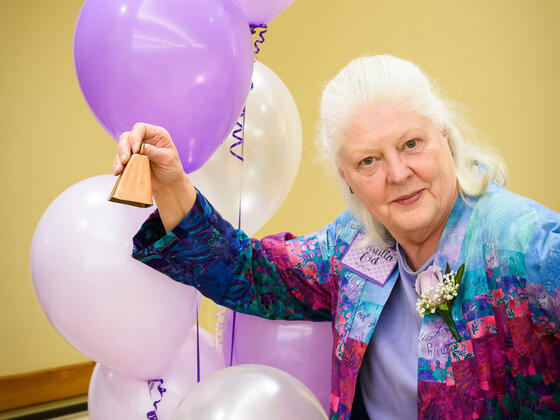 Priscilla Ord earned her bachelor’s degree in English in 1963. She went on to earn a master’s degree in Linguistics from the University of Pennsylvania in 1969.

Ord has dedicated more than five decades to education, starting her career in 1963 as a ninth-grade English and social studies teacher in Baltimore County Public Schools. Most recently, Ord served for 10 years as an adjunct lecturer in the English department at McDaniel College until 2016. 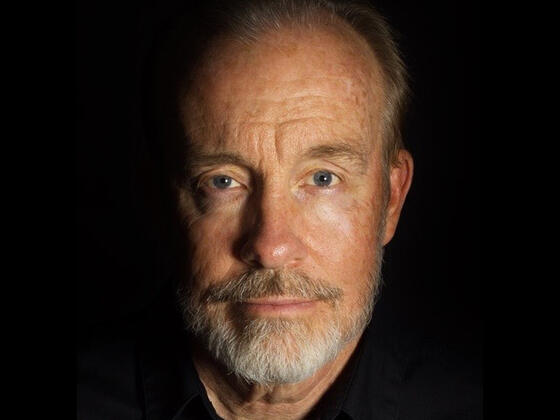 James Wilberger earned his bachelor’s degree in Theatre Arts in 1972. In addition to his degree from McDaniel, Wilberger completed the film production graduate program at New York University in 1976 as well as film non-degree coursework at the University of California, Los Angeles. 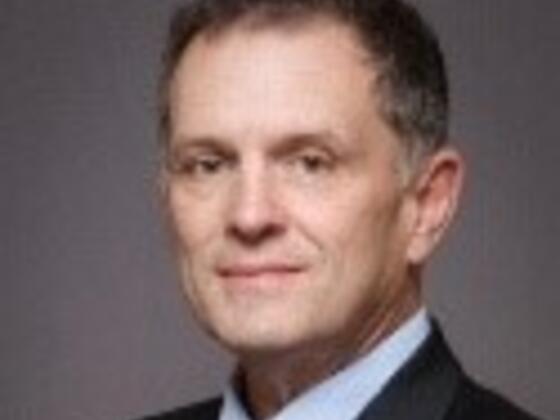 Gregory Shockley earned his bachelor’s degree in Political Science and International Studies in 1983. He also obtained a master’s degree in Public Administration from the University of Baltimore in 1985.

Since 2003, Shockley has hosted a free Alumni Night for McDaniel at his restaurant, Shenanigan’s Irish Pub on the boardwalk in Ocean City, Maryland. He has served as a career services volunteer and speaker in 1994 and 2014, a reunion committee member in 2003, and a Carpe Diem campaign volunteer and alumni host in 2008. 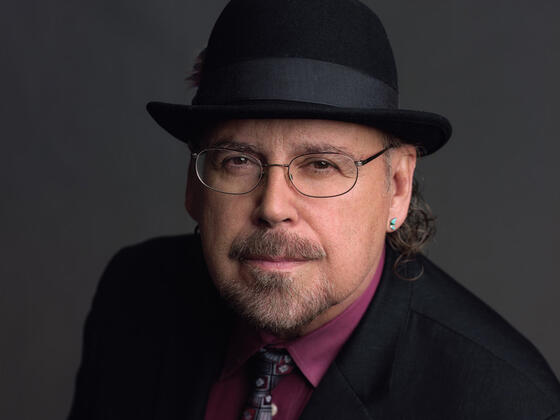 David Carrasco graduated with a bachelor’s degree in English in 1967. He also obtained his Master of Theology in 1970 and a doctorate in Philosophy in 1977 from the University of Chicago.

Carrasco has spent nearly 20 years at the Harvard Divinity School in Cambridge, Massachusetts, where he serves as the inaugural Neil L. Rudenstine Professor of the Study of Latin America with a joint appointment with the Department of Anthropology in the Faculty of Arts and Sciences. Prior to that role, Carrasco was a professor of history of religions at Princeton University from 1993 to 2001, becoming the first Mexican-American tenured professor in the school’s history.

An award-winning author and editor of more than 15 books, Carrasco also serves as the editor-in-chief of the “Oxford Encyclopedia of Mesoamerican Cultures,” which was chosen by the New York Public Library as a Best Reference Work of 2001.

Carrasco lectures widely in the United States and abroad and was awarded the Mexican Order of the Aztec Eagle, which is the highest honor the Mexican government presents to a foreign national, and the Mircea Eliade Jubilee Medal awarded by the Romanian President as a sign of appreciation for contributions to the study of the history of religion. His professional affiliations include the Mexican Academy of History and the National Academy of Arts and Sciences.