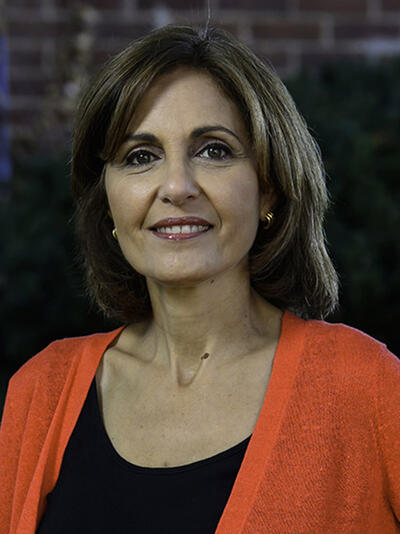 Born in Jerusalem and raised in Ramallah, Palestine has given me a unique view of the world. I grew up as a Palestinian-American Quaker and have always been bilingual. After graduating from the Friends School in Ramallah, I began my undergrad studies at Oakland University in Rochester, Michigan. Initially, I wanted to major in chemistry, but after taking one course in environmental chemistry, I changed my major to environmental health. I was determined to go back to Palestine after graduation to work in this field and make a difference in a place where people living under occupation are exposed to daily violence, pollution, and a political situation that threatens their basic freedoms. In June of 2001, during the second Intifada (uprising) in Palestine, I moved with my husband and kids to Maryland to start a new life, free of violence.

Unfortunately, this dream was shattered three months later when the U.S. suffered the tragic September 11 terror attacks. I then became aware of the new world we had to live in, where violence had no boundaries, ignorance about the outside world was evident, and the need for cultural understanding was at a very critical place. My children had many questions: Who are we? Why do people dislike Muslims? How can we explain to our friends that speaking Arabic and being Arabs does not make us bad people? I did not always know how to answer their questions, but I knew that ignorance breeds hate, and cultural understanding was the only way to peace and combating violence.

A few years later, I completed an M.S. degree in Holistic Nutrition, and was going through a period of soul searching about my purpose in life. In 2007, I was approached by the German Language professor, Dr. Mohamed Esa, at McDaniel College to teach two elementary Arabic languages classes. I initially hesitated, realizing that being a native speaker is not enough. But after completing an intensive two-week workshop on teaching Arabic to non-native speakers at Georgetown University in Washington, D.C., I agreed to give it a shot. After the first week of classes, I realized that this is not only something I can do; it is what I, instinctively, know how to do.

Since then, the Arabic program at McDaniel continues to grow, driven by student interest and my passion to teach and share my language and culture with them. In 2011, a minor in Arabic was established, and I was teaching six Arabic languages classes. In 2012, an interdisciplinary major in Arabic and Middle Eastern Studies (Linguistic and Cultural tracks) was established. Between 2013 – 2018, I also worked as an Arabic medical interpreter at Johns Hopkins Hospital, working directly with families and hospital staff to support them through trying times. The experience was emotionally challenging but meaningful and I developed many new relationships and friendships. My interactions with patients from all over the Arab world, made me more aware of the need to educate our students on the diversity within the Arab world and how we are, as Americans, connected to this far away region in many ways.

I can say, unequivocally, that teaching Arabic is not my job, it is my passion and my purpose. Whether I am in class with my students, or tutoring them in my office, or listening to the difficulties they face in school and at home, I feel grateful and happy to be here at McDaniel College every day. Seeing my students gradually building up their self-confidence as they learn Arabic — an undertaking that can be intimidating for some — drives me to work harder each day and brings me joy. I am not only proud of them for conquering the linguistic aspects of the language, but I also admire how they open their minds and hearts to learn about a new culture and build bridges in a world that needs more love and understanding. Teaching at McDaniel College helped me understand how a liberal arts college can truly change lives — not just for the students, but also, for the teachers who have the privilege to learn from them.