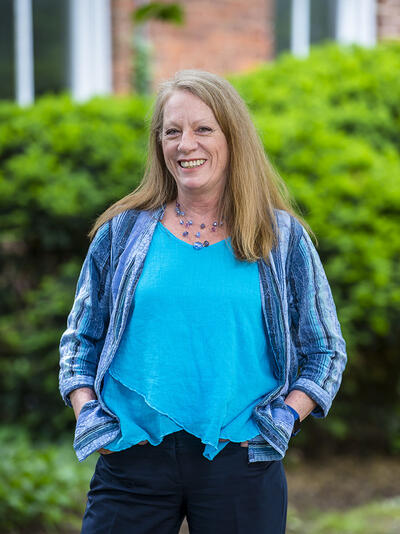 I got hooked into the theatre at a very young age, playing the Page in a church production of “Good King Wenceslaus” when I was 5 years old. For a while I thought I was going to be the next Joni Mitchell and started out as a music major. I enrolled in a beginning level acting class during my first semester, and by the end of that semester I changed my major to theatre, dashing my parents’ hopes of me becoming a secretary in the Foreign Service.

Upon graduation, I moved to NYC, working as an actor, and 2 years later enrolled in the MFA Acting Program at NYU’s Tisch School of the Arts. I spent summers performing in New Hampshire, upstate New York, and Massachusetts doing summer stock. After receiving my degree, I toured the country performing the role of Nancy in Oliver!, while looking for a new artistic home that had a vibrant theatre community. Choosing DC as my new base, I spent several years working as a professional actor before teaching my first class – to Kindergarten students! I soon found an aptitude and a passion for teaching, finding delight in how theatre can change lives, and passing that artistry on to the next generation of artists.