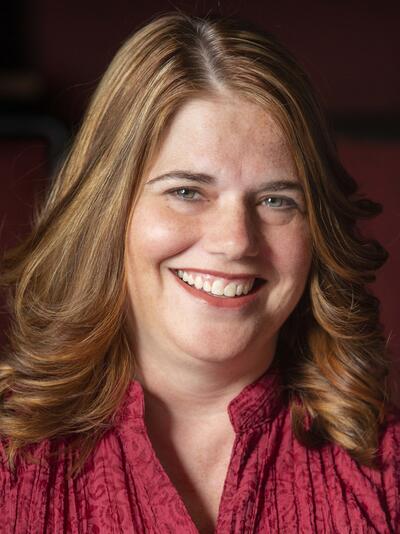 I never intended to be a theatre artist. I trained in ballet from a very young age at a preprofessional studio and performed with their company until I was a teenager. At about age 13, however, there was pressure to commit to several more hours of training per day and to begin auditioning for prestigious summer intensives. At this point, I realized that although I loved performing, this was not my path. Fortunately, I got cast in a few school productions and thus began my love of theatre.

During college I worked at Williamstown Theatre Festival for three seasons and eventually moved to New York City. Soon after I spent a summer at the Contemporary American Theatre Festival and met like-minded young theatre artists looking to create their own company. Maryland Ensemble Theatre (MET) was born there and became a reality a few years later in Frederick, MD – close to DC and Baltimore, but in a smaller city that was to become an arts destination. At MET I direct and perform and serve as Associate Artistic Director and Director of Education. In MET's early years I went back to earn my MFA in Theatre and did my thesis project on creating a training program for our resident ensemble. I had taught acting classes for many years, but this work made me realize how much I loved training young artists and helping them find their voice.