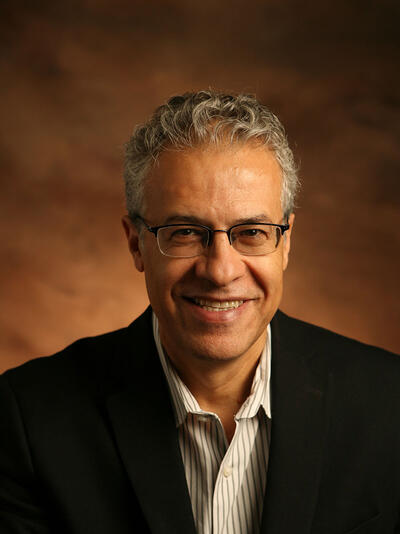 Dr. Mohamed Esa earned his doctorate in German Studies at the University of Heidelberg, Germany. He is a professor in the Department of World Languages at McDaniel College. Dr. Esa is the author of numerous books and articles on German music, the Wise Guys, short films, and proverbs and idioms. In addition to teaching German language, literature and culture classes, he also offers courses on fairy tales, food studies, Arab-American literature, Islam and the Arab world. He also offers workshops and seminars all over the United States, Canada and Europe on the use of music, fairy tales, short films and technology in the foreign language classrooms.

He received numerous awards, among them: The Federal Republic of Germany Friendship Award in 1999, the Certificate of merit from the Goethe-Institute in 2000, the Ira G. Zepp Distinguished Teaching Award in 2007, the Cross of Merit of the Federal Republic of Germany in 2009, the Outstanding German Educator Award at the University level from the American Association of Teachers of German in 2009, and the Human Relations Award of the Carroll County Human Relations Commission in 2010. He served as President of several organizations, among them the American Association of Teachers of German, the Maryland Foreign Language Association, and the Islamic Society of Carroll County.

For more information on Dr. Esa, visit his website: http://www2.mcdaniel.edu/german/esa.htm