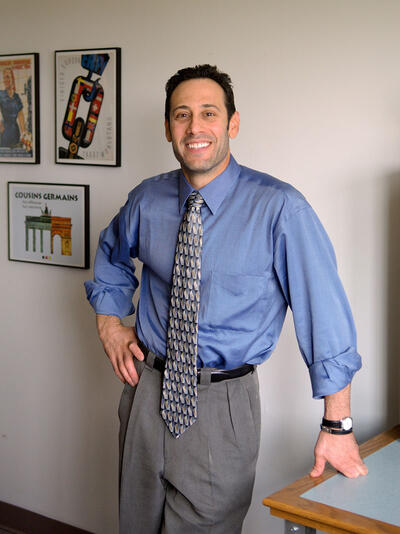 I teach modern European history, from the “age of enlightenment/progress” in the late eighteenth and nineteenth centuries to the “barbaric era” of two world wars, holocaust, and a divided continent in the twentieth. In graduate school at Yale (1989-1995), I wrote a dissertation on the antimilitarist activities of the French left in the decades before the First World War (“From Revolutionaries to Citizens,” Duke University Press, 2002). From 1996-1999, I was editor of the academic journal “Holocaust and Genocide Studies” at the U.S. Holocaust Memorial Museum, where I also became involved with a documentary film on the bombing of Auschwitz controversy (“They Looked Away,” 2003; narrated by Mike Wallace).

Since then, my interests have expanded into the fields of history and memory, ethnic cleansing/genocide, and the Yugoslav wars of secession. I am currently completing a book for Oxford University Press entitled “'It’s Nothing': The Sarajevo Assassination and the Wry Origins of World War I,” and have published articles related to this project in “Austria History Yearbook,” “Central Europe,” “The Carl Beck Papers in Russian and East European Studies,” and the 'Made by History' section of “The Washington Post.” I am always eager to involve students with my research!