For Ashley Day-Gibbs, education was always at the heart of her professional career, but she was compelled to do more for the youth in her community. When she isn’t working as a college counselor in Baltimore high schools, she is running her nonprofit Women Leading Baltimore — the youth program she wishes she’d had as a young Black woman in Baltimore — and organizing inspirational events for women of color.

“Education and youth have always been at the root of every position I’ve held,” says Ashley Day-Gibbs ’12. “If it was not a part of the job description, I found a way to add it.” From sixth grade teacher with AmeriCorps at Saint Ignatius Loyola Academy, to director of scheduling for the mayor of Baltimore, to business manager, program director, and college counselor in three schools in Baltimore, Day credits her career journey to the “phenomenal female leaders who gave me space to be creative and to make mistakes.”

After graduating with a Political Science and International Studies major, the first time Day-Gibbs was really given that space in her professional career was when she was director of scheduling for then-Mayor Stephanie Rawlings-Blake. The staff launched a new mentorship initiative, pairing high school girls in Baltimore with women in various industries for a day. Day-Gibbs helped set up partnerships with five schools and asked them each to nominate five girls to participate in the inaugural event in March 2015.

“We wanted to expose girls to women right here in Baltimore who were doing the work that they could aspire to be in, but that maybe they’d never considered before,” she says. “We wanted to increase their exposure to opportunity as well as their confidence in seeing themselves in different roles.”

The 25 girls were paired up with 25 women in all areas of public service, from police forensics right up to the mayor herself. The event was such a hit that it was repeated in 2016, with an added element of working on soft skills for the students.

After the mayor decided not to seek re-election in 2016, Day-Gibbs moved on to work at Gilman School and she was still informally mentoring some of the same girls who had participated in the program those two years. She remembered how her four years at McDaniel were an open window into what possibilities she had as a Black woman that she’d never thought of before, and wanted to find a way to show other young Black girls in Baltimore the same.

By 2018, Day-Gibbs was working in her current position as a college counselor at Cristo Rey Jesuit High School in Baltimore, and she was starting to feel like this mentoring program could be something she continued on her own.

It wasn’t until 2019 when Day-Gibbs seized the opportunity afforded by some free time to finally put her passion project into motion. She filed for nonprofit status on Dec. 7, 2019, and received approval from the IRS in the mail: Women Leading Baltimore was officially a nonprofit organization.

“We wanted to expose girls to women right here in Baltimore who were doing the work that they could aspire to be in, but that maybe they’d never considered before. We wanted to increase their exposure to opportunity as well as their confidence in seeing themselves in different roles.” 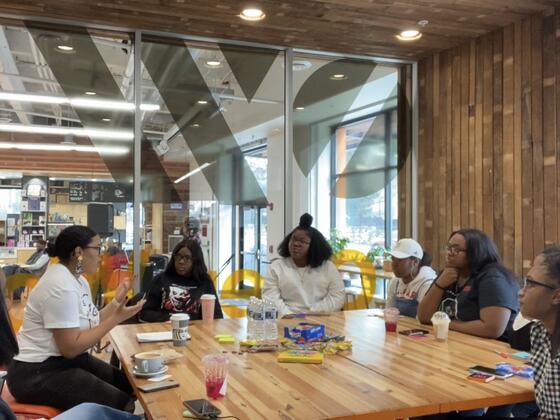 Women Leading Baltimore has a mission to “create space and opportunities for high school girls to embrace their power and authority through sisterhood, nurturing mentorship, and access to meaningful experiences.”

Day-Gibbs began meeting with the girls monthly, but there was one other big idea that she could not let go of. Her husband, who is a photographer, had been working with a group called Black Menswear, who host what they call the Black Menswear FlashMob series, gathering men in suits across the country in an effort to change the narrative about Black men.

Day-Gibbs loved the idea of adapting it for Black women: “Showing up by choice, knowing that I’m going to share space with all these other women for no other reason than to show how powerful we all are individually — and together — and that we can take up the same space without anyone being forced to dim their own shine? That was the dream.”

Day-Gibbs decided to call the event The Power of a Woman and encouraged women of color to gather in Baltimore for a photoshoot showing how women can work together to create something strong and beautiful. About 150 women and girls showed up for the event, coming from New York to Atlanta and everywhere in between, ranging in age from 7 to 87. The symbolism of that event shares the essence of Day-Gibbs’ vision for Women Leading Baltimore.

“My biggest hope is that I can create Women Leading Baltimore to be more than what I had in high school,” Day-Gibbs says. “I used to think I had to wait for my opportunity. No. Every opportunity should be leveraged to its fullest capacity. Helping these young women recognize that adults are willing to listen to them can be life-changing.”

Day-Gibbs discovered this for herself when she participated in Maryland Independent Higher Education Day in Annapolis as part of the Sellinger Program, during her time at McDaniel. It was a day that reminded her how to use her voice for good. “I was a little girl from Baltimore, I didn’t have any letters behind my name, and I wasn’t a big donor to these people,” Day-Gibbs says. “But meeting with my representatives to let them know how the Sellinger Program was allowing me to pursue my dreams pushed me to realize how important my voice is and how to get people to listen.”

Day-Gibbs’ career has always lived at the intersection of policy and education, supporting and advocating for future generations, inspired in part by her time at McDaniel. “McDaniel was a small glimpse of life after college, specifically within politics, as a Black female,” she says. “While I was in the minority demographically, I never felt forced to be anything other than who I was.”

Photo Caption (Below):
Ashley Day-Gibbs ’12 is the founder of Women Leading Baltimore, a nonprofit mentoring organization serving young Black girls in her hometown of Baltimore. Photo by Jermaine Gibbs. 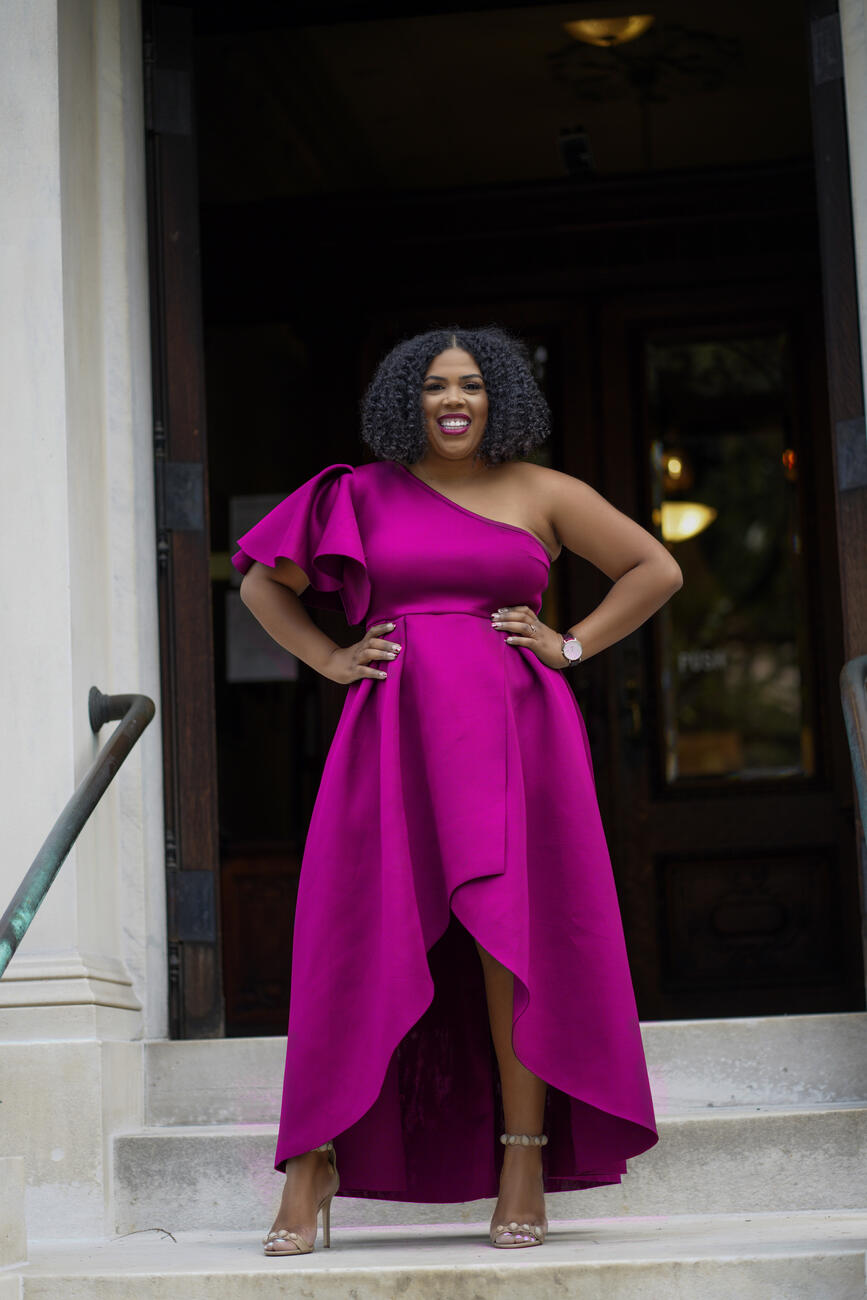