Pursuing a double major in Business Administration and Exercise Science would be more than enough to keep most students busy. But Nicole Rutherford ’16 had big dreams that kept her busier than most of her peers.

Rutherford started working when she was 15, and she’s always had an entrepreneurial spirit. “In high school, I was voted most likely to open their own business,” Rutherford recalls. After completing cosmetology training, she did just that. She opened Nicole Marie’s Beauty Boutique in 2014, renting booth space as a hairdresser from Phenix Salon Suites. In 2015, Westminster Strength and Conditioning gave her to opportunity to start seeing her own personal training clients in their space, launching Rutherford Strength and Conditioning.

This didn’t leave a lot of time for Rutherford to socialize, and she readily admits that she was friends with more professors than classmates on the Hill. “On Saturdays, I was usually at the gym training clients, and then I was at the salon all day Sunday,” she says. “When I wasn’t working or in class, I was studying to ensure I could finish my dual degree on time.”

Those big dreams of hers? In her mind, they took place in California, but she didn’t think she’d be able to make the move for a few years after graduation. That all changed when she was named the winner of McDaniel’s inaugural Innovation Challenge, being award a $10,000 prize. Her winning idea was for Flourished, a wellness center combining fitness, beauty and wellness.

“Winning that money allowed me to move to California way sooner than my original plan,” Rutherford says. She made the move in December 2016, got her California cosmetology license and began pursuing hair again. She also started seeing clients as a trainer in a local strength training gym, but she didn’t have a long-term career plan on the West Coast.

“I was actually going to go to China and teach English for a little bit because I didn’t think I could afford living in California on my income at the time,” Rutherford says. “But then the owner of the gym I was working at offered to sell it to me. My partner, Jason Varnum, was going through a job transition at the same time and we decided it was an opportunity we’d never be offered again.”

Just one month later — a mere six months after she moved cross-country with no backup plan — Rutherford and Varnum opened the doors to Valens Strength & Conditioning. “We opened with just 10 clients from the previous owner and five brand new clients who found us online,” Rutherford says. “Now, we have 75 regular clients. About a year ago, we started looking into opening a second location. As we saw more clients driving farther to train with us, we decided to go for it. Our second location opened on Jan. 6, 2020.”

Looking at the timeline — opening two successful gyms in San Diego in three years — might make it seem like it’s been easy for Rutherford and Varnum, but it’s been a lot of hard work. Even on their two days off a week, they are usually running around purchasing new equipment or working on marketing.

“My classes at McDaniel paid off, but until you actually get out there, you have no idea how to run a business,” Rutherford says. “You’ll mess up sometimes, but you just take that opportunity to learn.”

While her primary focus right now is on her gyms, she hasn’t lost her passion for beauty and cosmetology. She still has dreams to open a salon or a concept like Flourished one day. “I’m definitely not done opening more places,” says Rutherford. “We’re hoping to open two more gyms in San Diego in the next five years, and maybe I’ll even open a Phenix Salon Suites of my own since that’s how I got my start.” 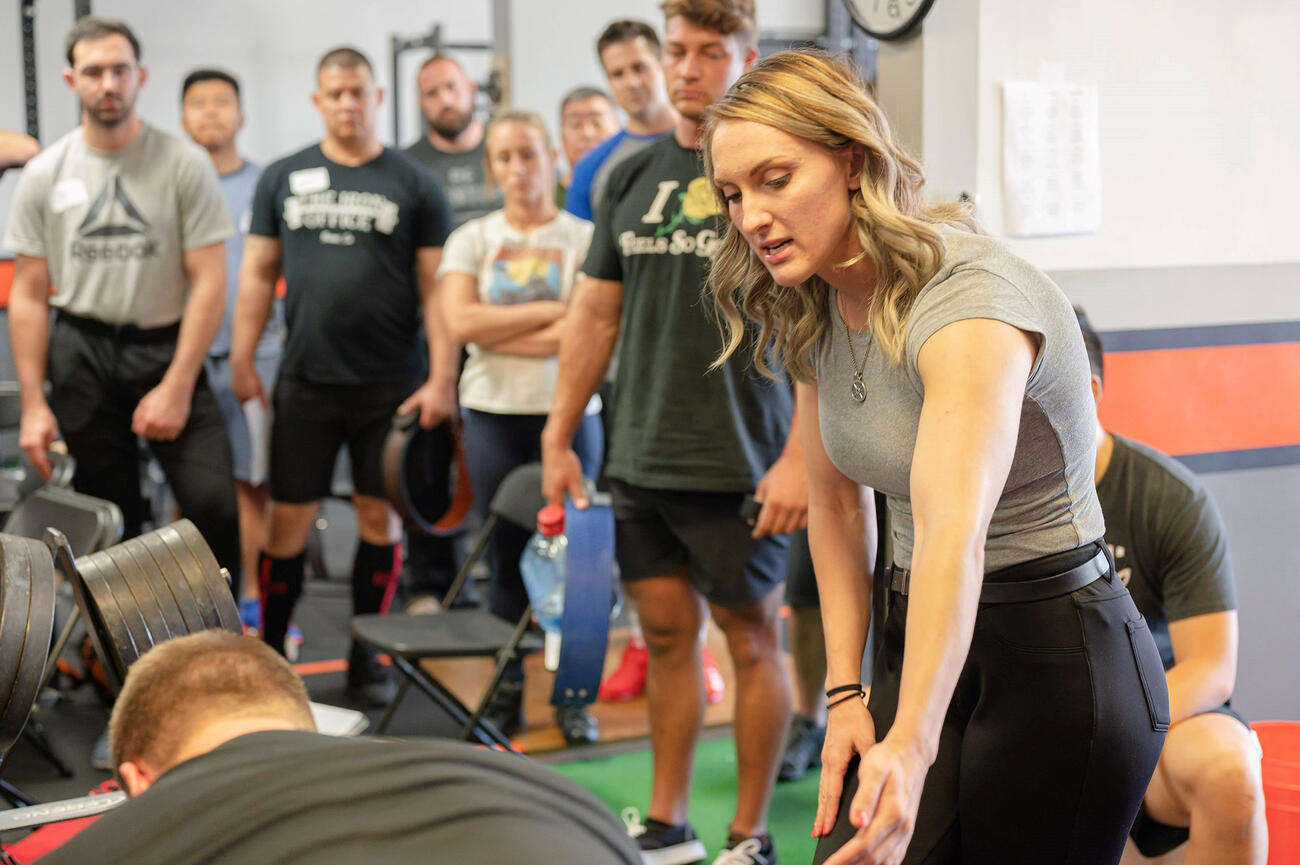