When Kelly Novak discovered she really wanted to major in Meteorology, she was already a sophomore who loved McDaniel, from Hoover Library to the women’s lacrosse field. With support from Physics professor and weather-buff Jeff Marx, the Honors student combined Physics and Math, enriched with some Environmental Science and Chemistry, and designed her own Meteorology major, ultimately landing a competitive research experience and offers of funded graduate studies.

Kelly Novak of Millington, New Jersey, designed her own major in Meteorology.

When I took my first step on the Hill, I was: shocked by how much a college campus could feel like home. I was only 16, but I knew that this place would be special!

Real-world experiences: I spent about two weeks exploring central Europe over Jan Term during my junior year. From Germany to Austria to the Czech Republic, I was able to learn about and participate in each country’s culture. The experience was incredible, with informative guided tours each day and authentic meals each night. The ability to travel and explore with fellow Green Terrors, while not missing an entire semester on the Hill, is unique to McDaniel!

Aha moment: Hearing about my friends’ experiences at other schools has made me realize that the small class sizes offered at McDaniel matter! I have been able to build relationships with my professors while I learn one-on-one with them, something that can’t always be offered by a bigger institution.

Professor who most influenced who I have become: Dr. Jeff Marx has been my advisor since the spring of my sophomore year. He made it possible for me to design my own major. With his help, I will graduate with a bachelor’s in Meteorology and go on to attend graduate school in the field.

My mentor. For life.: Coach Kristin Ramey, head women’s lacrosse coach. From when I was just a recruit to now being a graduating senior, she has always inspired me to be the confident leader she always knew I could be. I’m forever grateful for having her on the Hill as both a coach and a mentor.

Best class ever: Honors Journal Club with Dr. Bryn Upton. Each student had the opportunity to present a piece of work from their major discipline. It was interesting to see how interconnected a lot of the disciplines were.

Took me totally by surprise: How much the professors truly want to get to know you. A lot of the departments on campus are very close knit. Everyone is so welcoming!

What it’s about: Essentially, this instrument will have the capability to collect temporal data with respect to the rain that accumulates during a precipitation event. Using a load cell hooked up to a circuit board, the instrument will continuously weigh the rain that it catches. From that, I can determine the rate of rainfall accumulation during a storm. Ideally, I’ll have a few of these instruments. I will place a few under dense forest, a few under some less dense woods, and a few in the open field. The goal is to identify how much tree canopy can affect rainwater accumulation.

What it’s really about: With a basic circuit board and a ‘scale,’ I can determine how ‘fast’ rain accumulates during a precipitation event. By placing a few instruments in three different areas (under dense forest, under less dense foliage, and in the open field) I hope to see a quantitative difference in the rainwater accumulations.

What’s next: In the fall, I will be attending graduate school to pursue my master’s in Meteorology. I have a few options right now, but I have not yet made a decision.

Major: Meteorology (Design your own major) 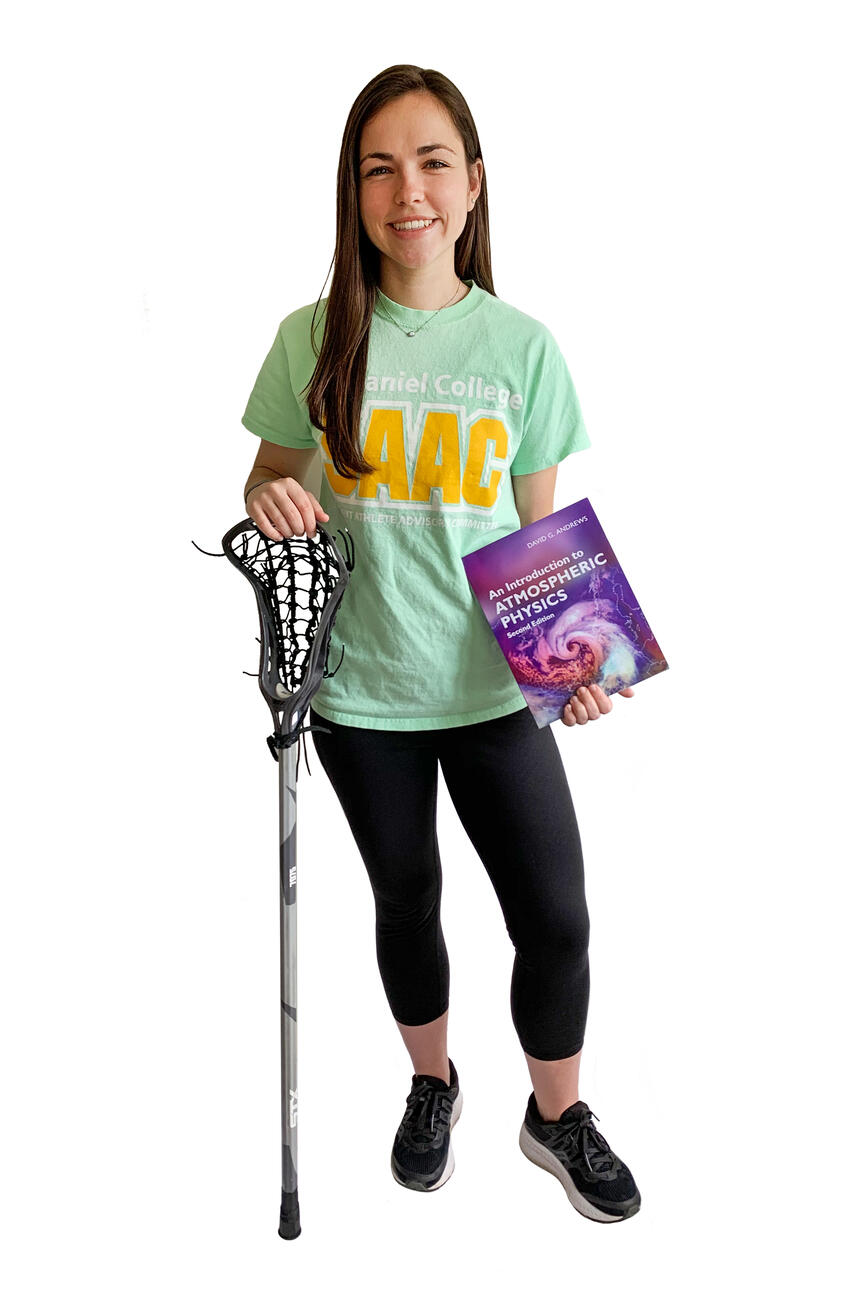