Fulbright Award winner Ravi Patel has cultivated his diverse interests through studies not only in his Political Science and Spanish majors enriched with Environmental Studies and Art History, but through internships with a political consulting company in Spain and with Wild Forests and Fauna, a nonprofit co-founded by Environmental Studies professor Jason Scullion. His culturally diverse roots have enabled him to also work with international and study abroad students.

When I took my first step on the Hill, I was: curious and unsure of what my four years at McDaniel would hold.

The me who will ring the Old Main bell on Commencement Day is: thriving, even if I cannot ring the bell in person.

Real-world experiences: I studied abroad for a semester in Buenos Aires, Argentina. I also interned at a political consulting company in Barcelona, Spain. Currently I am interning for Wild Forests and Fauna, an NGO that was in part founded by Dr. Jason Scullion, the chair of the Environmental Studies department. I work at McDaniel’s study abroad office, and as an international student peer mentor. My favorite was my semester in Buenos Aires — I am actually hoping to be able to live in Buenos Aires at some point in the future.

Aha moment: When opportunities and doors started opening for me that I had no idea were going to be presented. For example, I never knew I was going to major in Spanish when I arrived at McDaniel.

Footprints I’m leaving on the Hill: I have left behind a tighter community of international students, far away students and students of multi-cultural backgrounds. Additionally, I hope I left a positive impact on the students and families I have helped while working in the study abroad office. I helped those students travel abroad for the first time, calmed parents’ fears, dispelled stereotypes, and helped students abroad during times of need.

Professor who most influenced who I have become: Dr. Amy McNichols and Dr. Francis Grice. These two professors advised me in my two majors. They challenged my pre-existing beliefs and pushed me outside my comfort zone. I have grown intellectually, individually, and as a global citizen due to them.

My mentor. For life.: My family, Dr. Amy McNichols and Dr. Francis Grice.

Best class ever: International Law and Organization with Dr. Francis Grice and Terrorism and Counterterrorism with Dr. Anouar Boukhars. Both these classes made me fall in love with political science. They connected “the dots” of events occurring around the world. International Law and Organization taught me how and why the international system functions the way it does. My classes with Dr. Boukhars always challenged my pre-existing understanding of how certain regions of the world operate. Additionally, Terrorism and Counterterrorism helped me understand radical political stances of all spectrums and their often-terrifying consequences.

Took me totally by surprise: My senior year I took an Art History class with Dr. Gretchen McKay and an Environmental Science course with Dr. Christie to meet some my final McDaniel Plan requirements. I was dreading having to take these two classes that I thought were going to be monotonous and boring. I was so wrong. Dr. McKay and Dr. Christie made both the classes engaging. I learned so much about how art history and environmental science intersect with society and politics at large. These classes really demonstrated how having small class sizes can lead to personalization and connections with whatever your major may be at McDaniel. A true liberal arts education.

My favorite spot on campus: Harvey Stone Park, it is located away from the rest of campus. Overlooking the golf course and the various groves of trees. It is a great place to go relax and put things in perspective. You can also see the spectacular sunsets from Harvey Stone. During winter it is very fun to go sledding down the hill from Harvey Stone. Some of my fondest memories are from Harvey Stone, from the picnics to the improvised and haphazard sledding.

Most mind-boggling idea I learned at McDaniel: Most political actors or agents are rational, even if at a first glance you think they are crazy. When one really takes the time to understand the context, history and intentions of what may seem to be politically crazy, usually it turns out to be rational. Even if the political ideology is unethical or strange by modern U.S. democratic and republican standards.

My Political Science capstone: “The New Space Race:” The Return of Great Power Competition in Space and Peripheral Engagement

What it’s about: My Political Science capstone is an analysis of states’ newfound emphasis on space exploration and expansionism. I analyze the space programs of various states, including the many space programs being given more funding to fulfill their state’s ambitions. The project further explored international space law, the militarization and the commercialization of space.

What it’s really about: A new space race is occurring. This time it is not between the U.S. and Russia, but between a dozen other countries, trying to cement a foothold in space, in order to secure their country’s future.

What it’s about: The Spanish capstone is a literary analysis of the book Kentukis by Argentinean author Samanta Schweblin. The essay explores the authors critical and pessimistic vision about the idea of freedom in our contemporary society, and how freedom is curtailed or destroyed by our computerized and instantly connected society.

What it’s really about: Technology and social media don’t free us, they imprison us.

What’s next: I am very excited to have been selected for a Fulbright Award to Indonesia for one year. This prestigious and historic award is funded by the U.S. Congress, U.S. Department of State and host countries. Consequently, I will have the opportunity of living in Indonesia for one year and represent the United States as a cultural ambassador while teaching young adults. Receiving this award is thanks to the guidance and mentorship I have received at McDaniel College over the past four years. I am also grateful to the presidentially appointed J. William Fulbright Foreign Scholarship Board, AMINEF Indonesia, the Institute of International Education, and the U.S. Department of State. The Fulbright Award will open additional possibilities for me and will enable me to contribute to the American and Indonesian peoples.

In the long term I will go to graduate school and specialize in a field of international studies. After graduate school I want to work as a consultant or as a Foreign Service Officer of the U.S. Department of State. 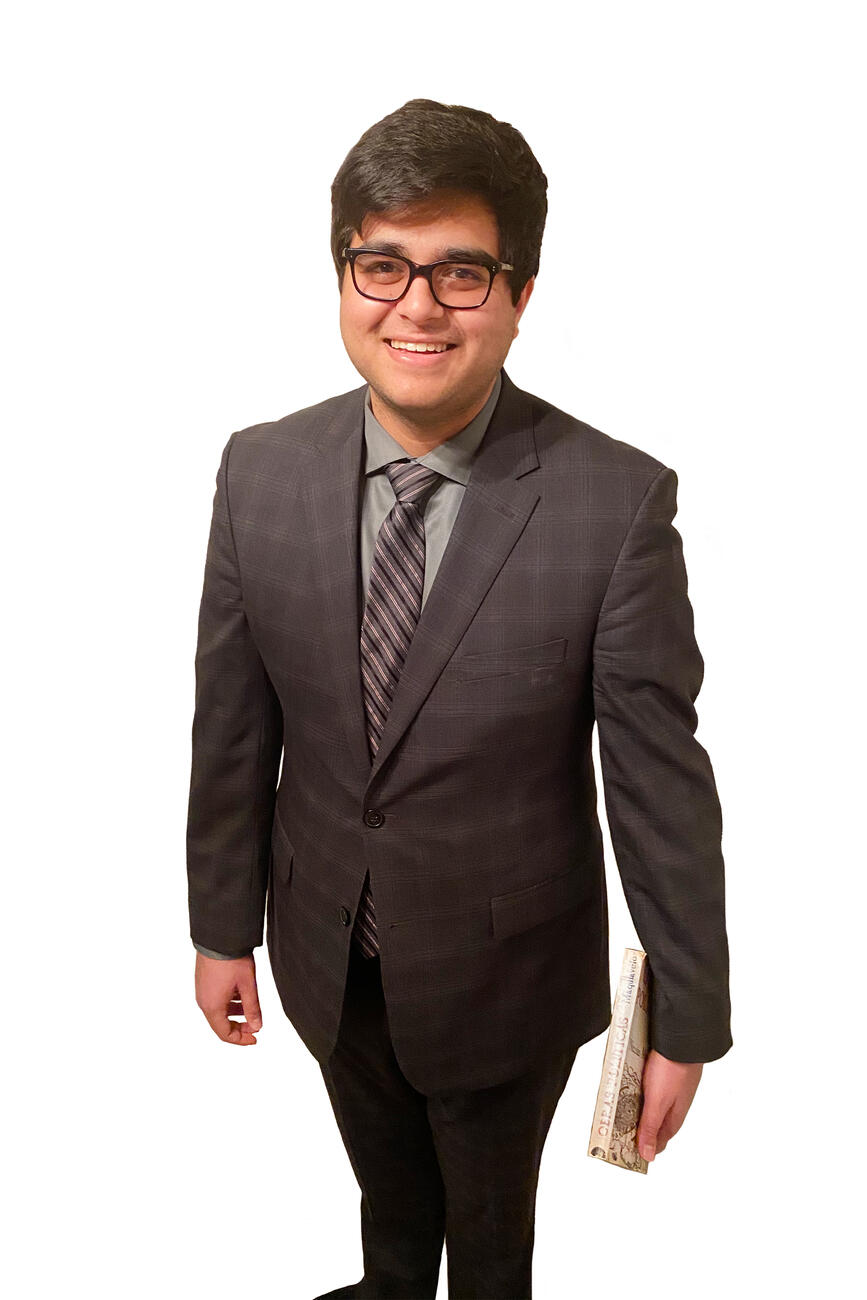