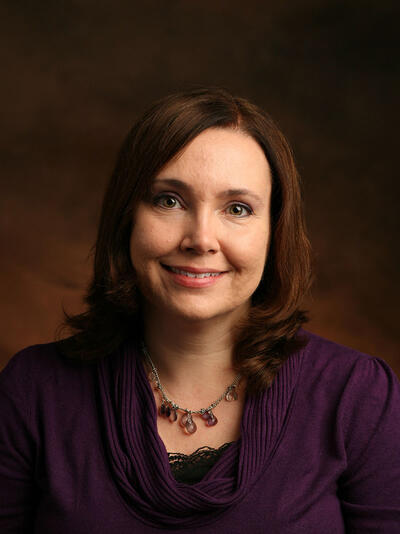 Prof. Parrish is a first-generation student.

My passion for science began in fifth grade, when I was asked to bring an environmental water sample to class. Imagine my delight when we found that my sample contained the most beautiful microscopic organism that I have ever seen, the volvox. I was hooked! As a first-generation college student at UMBC, I was fortunate to work in Dr. Daphne Blumberg’s laboratory where I studied RNA regulation in the social amoeba. Dr. Blumberg encouraged me to pursue a Ph.D. and has served as my mentor throughout my career. I decided that I also wanted to become a college professor to give back what I was so graciously given.

During my graduate studies at Johns Hopkins University in Dr. Andrew Fire’s laboratory, I investigated the mechanism of RNA interference (RNAi). Dr. Fire received the 2006 Nobel Prize in Medicine for his discovery of RNAi, a gene-silencing mechanism that holds immense promise as a human therapeutic. As a post-doctoral fellow in Dr. Bernard Moss’ laboratory at NIH, I studied novel viral mRNA decapping enzymes that allow viruses to overtake their host cells.

At McDaniel, my students and I have continued to work on mRNA decapping enzymes from viruses and the social amoeba. We have also studied RNA regulation in yeast and the tiny dot chromosome of fruit flies. Many of my students have won awards at scientific conferences for their research presentations. Whether in the classroom or the lab, my work with undergraduate students is where I find my happiness.

Prof. Parrish is a first-generation student.