McDaniel’s Board of Trustees is a recipient of the 2019–2020 John W. Nason Award for Board Leadership given by the Association of Governing Boards of Universities and Colleges. The award honors higher education governing boards that demonstrate exceptional leadership and initiative.

McDaniel College’s Board of Trustees is a recipient of a national award for exceptional leadership.

The Association of Governing Boards of Universities and Colleges (AGB), the premier organization representing higher education governing boards, is honoring McDaniel’s Board of Trustees with a 2019–2020 John W. Nason Award for Board Leadership. This award recognizes higher education governing boards that demonstrate exceptional leadership and initiative.

According to the AGB, “The McDaniel College Board of Trustees worked as a cohesive group to complete a thorough curriculum assessment, with a goal to strengthen academic programs by aligning offerings with the interests of current and prospective students.”

As a result, McDaniel welcomed the largest freshman class in the college’s history this academic year. The college also exceeded a $50-million fundraising goal by more than $1 million.

McDaniel’s Board of Trustees was selected for the award from more than 30 nominations and will be honored by the AGB at their national conference in Washington, D.C., in April. 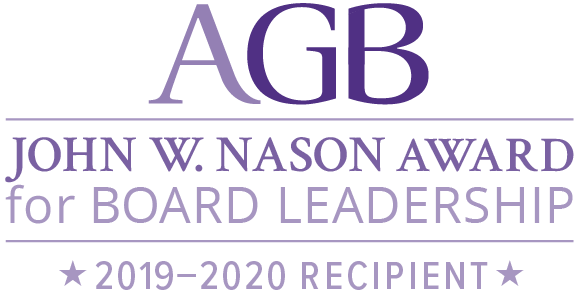