Six graduating seniors from McDaniel, who served as members of the Green Terror Battalion, were commissioned as Army officers at 3 p.m. May 20 in a ceremony in Baker Memorial Chapel. Cadets from Mount St. Mary’s University and Hood College were commissioned in separate ceremonies.

McDaniel President Julia Jasken shared opening remarks, thanking veterans in the audience and congratulating the six new lieutenants. "The Green Terror Battalion has commissioned more lieutenants than the state's flagship university, and we're very proud of that," she added.

Munera, who has had a 31-year military career, shared his insights on how to be a successful leader. "I know you don't realize it yet, but the foundational education you received at McDaniel College and in your ROTC leadership training will serve you very well in life," he said. "It will serve you well in and outside of the military and will add grit and hard work to what you do in the future, and that's coming from someone who also graduated from a small college."

Drew Everett Jeffries was recognized with the Lieutenant General (R) Otto Guenther Leadership Award, which annually goes to the commissioning cadet who best exemplifies the character, morals, leadership, and lifelong dedication demonstrated by the late Otto Guenther, a 1963 alumnus and former chair of McDaniel’s Board of Trustees, both to the U.S. Army and to his alma mater.

The following McDaniel seniors took the oath of office and received commissions as second lieutenants in the U.S. Army: 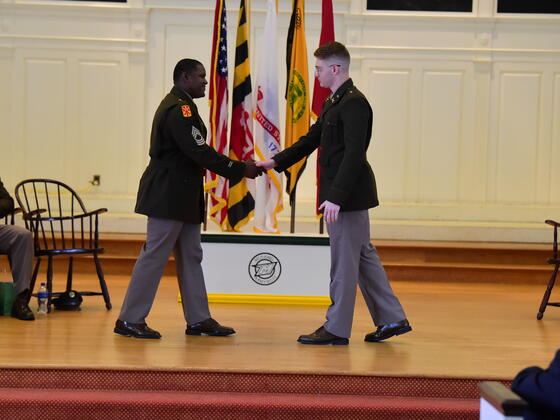 Christopher Thomas Garnsey of Columbia, Maryland, is a two-year Guaranteed Reserve Forces Duty scholarship recipient graduating with a bachelor’s degree in Accounting Economics. During his time at McDaniel, he was an active member of the Sigma Alpha Epsilon fraternity. He completed Advanced Camp at Fort Knox, Kentucky, and will attend Field Artillery Basic Officer Leaders Course at Fort Sill, Oklahoma. Garnsey will serve in the Maryland Army National Guard Field Artillery and will be assigned to Headquarters and Headquarters Battery, 1st Battalion, 107th Field Artillery in Dundalk, Maryland. 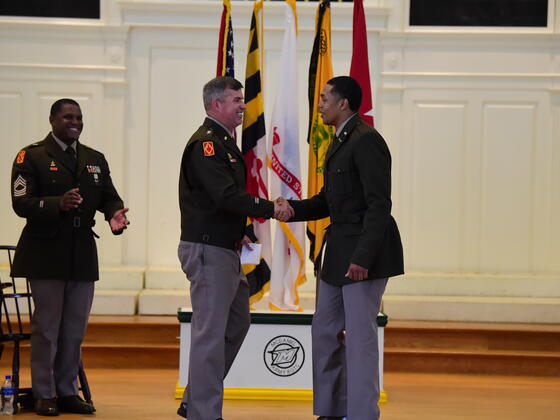 Azagio J. Herd of Waldorf, Maryland, is a two-year ROTC scholarship recipient graduating with a bachelor’s degree in Kinesiology. He was a member of the Green Terror football team during his four years at McDaniel and served as president of the Alpha Delta Gamma chapter of the Omega Psi Phi fraternity. He completed Advanced Camp at Fort Knox, Kentucky. Herd will serve active duty as a Chemical, Biological, Radiological, and Nuclear Officer (CBRNE) and will attend CBRNE Basic Officer Leaders Course at Fort Leonard Wood, Missouri, with a follow-on assignment to 2nd Battalion, 506th Infantry Regiment, 101st Airborne Division (Air Assault), at Fort Campbell, Kentucky. 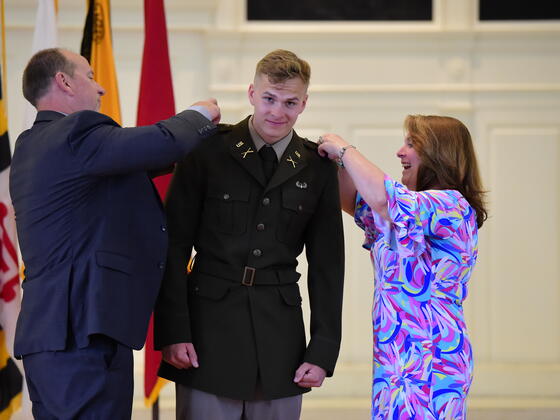 Drew Everett Jeffries of Severna Park, Maryland, is a three-year ROTC scholarship recipient graduating with a bachelor’s degree in Business Administration. At McDaniel, he served as president of the Phi Delta Theta fraternity. He completed Air Assault at Fort Benning, Georgia, and Advanced Camp at Fort Knox, Kentucky. Jeffries will serve in the active-duty infantry and will attend the Infantry Basic Course at Fort Benning, Georgia, beginning in June 2022.

Jonathan M Jacobs of Reisterstown, Maryland, is a two-year ROTC non-scholarship cadet graduating with a bachelor’s degree in Psychology. During his time as a member of the Green Terror Battalion, he completed Advanced Camp at Fort Knox, Kentucky. Jacobs will serve with the Army Reserves in Baltimore and will attend Transportation Basic Officer Leaders Course at Fort Lee, Virginia. 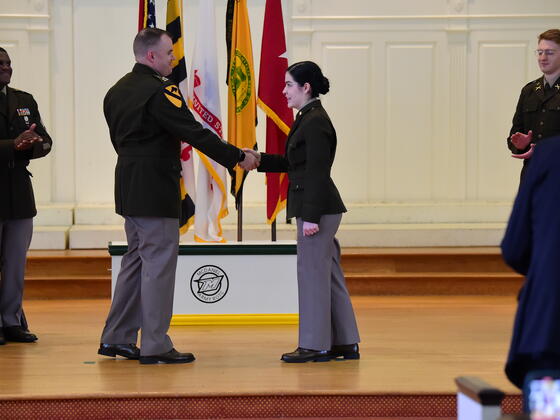 Jennifer V Robinson of Sicklerville, New Jersey, is a two-year Guaranteed Reserve Forces Duty scholarship recipient graduating with a bachelor’s degree in Psychology and a minor in Criminal Justice. She is a member of the Pi Gamma Mu international social sciences honor society. During her college career, she completed Advanced Camp at Fort Knox, Kentucky. Robinson will be attending the Transportation Basic Officer Leader Course at Fort Lee, Virginia, and upon completion, will be assigned to the 253rd Transportation Company in Atlantic City, New Jersey. 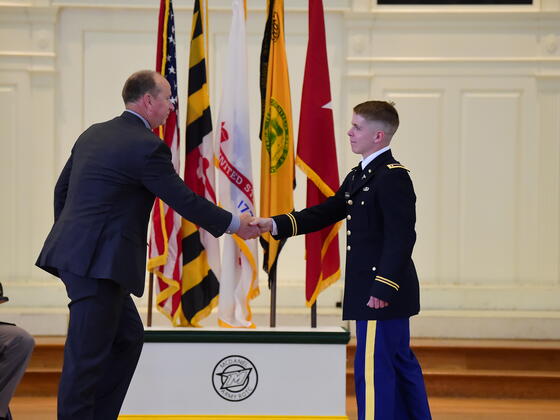 Robert Gabriel Ruppert of Severna Park, Maryland, is a three-year ROTC scholarship recipient graduating with a bachelor’s degree in Business Administration. He participated as a four-year member of the Green Terror men’s lacrosse team and was in the Pi Gamma Mu international social sciences honor society. He completed Airborne School at Fort Benning, Georgia; Cadet Troop Leader Training at Fort Polk, Louisiana; and Advanced Camp at Fort Knox, Kentucky. Ruppert is commissioning active duty into the Medical Service Corps. Upon completion of the Basic Officer Leader Course at Fort Sam Houston, Texas, he will attend flight school at Fort Rucker, Alabama, to train as a medical evacuation helicopter pilot.