You’ve always wanted to make it better. A bird with a broken wing. A toddler with an earache. A teen with teeth that hinder smiles. A young mother with breast cancer. You want to understand how life functions and use that knowledge to promote good health, to take care of...to treat and to cure. McDaniel’s Biomedical Science major offers everything you need to launch your future in medicine, whether as a pediatrician, dentist, veterinarian, internist or brain surgeon.

Our Biomedical Science program targets your acceptance into medical, dental or veterinary school. You’ll study from a course menu that’s rich in biology, chemistry, physics and statistics but also offers a firm grounding in psychology and sociology and the empowering critical and creative thinking skills rooted in the liberal arts.

You’ll collaborate on cutting-edge research with professors who are innovative scientists in their own right – Chem professor Dana Ferraris’ new cancer drug just cleared FDA approval. And take on internships at world-class medical centers – Maryland’s premier Shock Trauma Center among them – in a region known for its tier-one health care.

Advising begins on day one to help you build a resume rich in courses, research, internships and professional presentations that give you a competitive advantage for acceptance to and success in any one of these professional schools.

All about resources and support from day one: Preparation for Medical, Dental & Veterinary School.

Dr. Theresa Hess '07 chose McDaniel so she could pursue both her passion for basketball and her dream of becoming a vet. She double majored in Biology and Biochemistry and competed for the Green Terror, coached by Becky Martin ’80, M.S. ’81, all four years.

“This is my calling,” says Hess, a small-animal surgeon with Blue Pearl Pet Hospital in Gainesville, Fla. “They talk about Dr. Doolittle, having connections to animals — it’s the same thing. I always wanted to be a vet.”

A study of the concepts of classical and contemporary genetics. The action of genetic mechanisms at various levels of biological organization (molecular, cellular, organismal, and population) and in a variety of cells and organisms is included.

This course provides an exploration of cellular function on a molecular level. The major focus of the course is on protein chemistry; topics include protein structure, folding, synthesis, and function. Skills such as technical writing, database information retrieval, data analysis, and critical thinking are highlighted. The laboratory is research-based and will primarily explore the relationship between protein misfolding and human disease. Techniques include protein purification, electrophoresis, and spectroscopic characterization.

This course is the first in the two-semester, introductory, calculus-based General Physics sequence. The course will introduce students to the fundamental ideas that govern kinematics and dynamic motion for both linear and rotational systems, concepts of energy and momentum, simple harmonic motion, wave phenomena and sound, and fluid statics and dynamics. The laboratory component of the course is aimed at developing data collection and analysis skills through a series of experiments in mechanics and must be enrolled in separately.

An introduction to the theory and methodology of molecular biology.  The transition from DNA to RNA to protein will be explored along with a basic toolkit of laboratory techniques that are used in their analysis.  There will also be an introduction to bioinformatics and genomics.

Want to see more courses? Select your program of interest below.

Tell us a little about yourself and we'll share updates & information. (We'll also make sure you don't miss any important deadlines.)

Take your first steps on the Hill! Visiting campus is one of the best ways to determine if McDaniel is right for you.

Learn more about the faculty and staff behind this program. 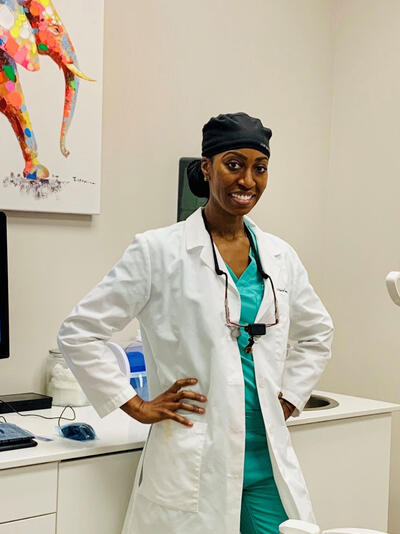 Brown shadowed her family dentist during the summers and became intrigued by dentistry’s unique blend of art, science and engineering. As high school came to a close, she earned an academic scholarship to McDaniel and left her home in Prince George’s County, Maryland, in the fall of 2002 to become a member of the first entering class of what was now McDaniel College. “McDaniel taught me to think critically, and this helped me tremendously at Meharry Medical College School of Dentistry,” says Brown, whose love of science was fostered by now retired Biology professors Bill Long and Esther Iglich. “This critical thinking helped me to excel, graduating in the top 5 percent of my class.

The FDA just approved cedazuridine, the cancer drug Chemistry professor Dana Ferraris invented more than a decade ago when he worked in the biotech industry as a medicinal chemist. In its approval announcement, the agency says the combination of cedazuridine with the cancer drug decitabine in pill form is “an important advance in treatment options for patients with myelodysplastic syndromes (MDS), a type of blood cancer, who previously needed to visit a health care facility to receive intravenous treatment.” 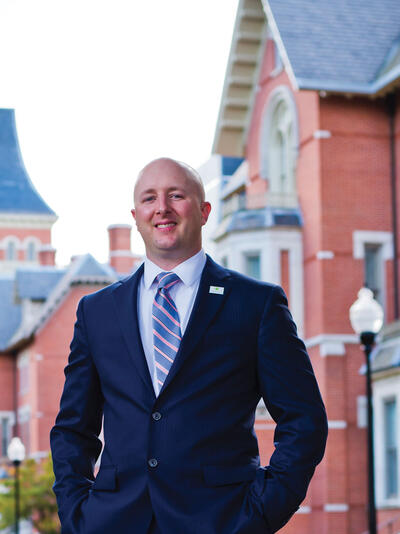 When he first enrolled at McDaniel College, Dr. Todd Peters ’02 thought his Biochemistry major and pre-med route might lead him to pediatrics. But he found himself pivoting in his third year at Penn State College of Medicine. “The parts of medicine that I really liked — and what I loved about my education at McDaniel — were thinking creatively and systematically, working within teams and learning to cherish getting to know people’s stories,” Peters says. “Once I did psychiatry — especially child and adolescent psychiatry — I was like, ‘Ohhh. That’s what that is.’”

Tell us a little about yourself and we'll share updates & information. (We'll also make sure you don't miss any important deadlines.)

Take your first steps on the Hill! Visiting campus is one of the best ways to determine if McDaniel is right for you.

Learn more about the faculty and staff behind this program.